Should investors look for opportunity North of the Border? 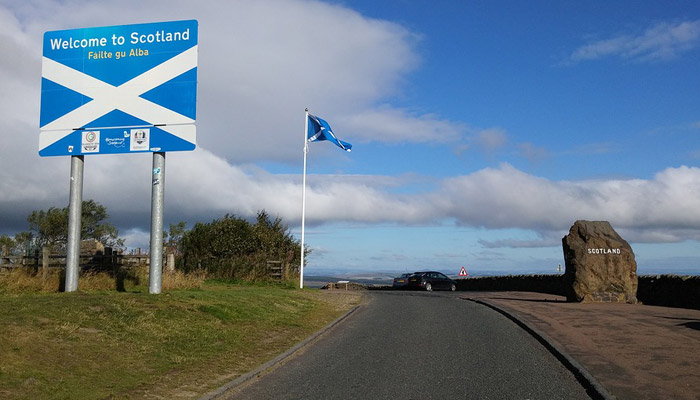 In a recent survey by Santander for the Evening Standard it was found that residential property prices in London are generally increasing in value each year by more than their owners receive in salary.

But after a prolonged period of price inflation are we beginning to see some signs that 2017 may be the year that the property boom in London finally comes to a halt? The first sign this maybe happening has been illustrated by the recent fall in values across prime central parts of the capital. Simon French of Panmure Gordon commented on the high London prices and was quoted in the paper as saying: “These prices are only sustainable in a world of permanently low interest rates and low unemployment. Any sharp correction in either the credit or the labour market has the capital’s housing market vulnerable to an exceptionally painful correction.”

These views are shared by various economists, including Paul Cheshire, a professor of economic geography at the London School of Economics, who was quoted in the Mail on Sunday saying “We are due a significant correction in house prices. I think we are beginning to see signs that correction may be starting,”

Added to this in recent analysis of the London rental market by Hometrack it was found that rents in London have hit least affordable levels in 10 years. Rental growth in the capital, has rapidly outpaced earnings leading to the current levels of unaffordability. Real wages are falling as inflation hit a 4 year high of 2.9% in June and wages are not keeping pace.

Agents are seeing a reduction in demand for rental property which may be being driven by people choosing to live outside of the capital as they can’t afford it. Martin Totty, HomeLet’s chief executive, has said its figures suggested that landlords “are now facing a difficult balancing act between ensuring rents are affordable for tenants in a low real wage growth environment while covering their own rising costs”.

Conversely, annual rental growth at a national level, excluding London, has been averaging just 2.7% per annum and this has largely tracked the growth in average earnings.

In Scotland, average rents have moved back from a position of decline to one of growth with average rents increasing by 1.5% YOY (Citylets Quarterly Report Q2 2017). Average gross annual earnings are £22,918 and the average rent currently stands at £789 a month.

Cities like Edinburgh have seen rent rises much higher than the national average but affordability levels are still reasonable with gross disposable household income of £21,226 and an average rent of £1037 PCM.

Property price inflation in Scotland has also lagged behind that of London and the Southeast suggesting that values are not overinflated. This also means access into the market is more affordable as levels of capital deployment remain much lower than the London. Furthermore, the average yield in the capital was 3.2 per cent in February, down from 3.6 per cent a year ago. (Your Move Index). While in Edinburgh average yields are 6.11% (Zoopla) and we are often able to generate higher than this.

Demand for rental property in Edinburgh remains strong with average time to let figures being 25 days though Glenham normally will let a property more quickly than this.

The attraction of good quality stock, low capital investment levels, higher yields, significant tenant demand and low risk mean we are seeing increased levels of demand from new clients from south of the border looking to dip their toes into the market in Scotland.

I would be delighted to have an informal chat with anyone who would like to discuss the current state of the market and opportunities therein.