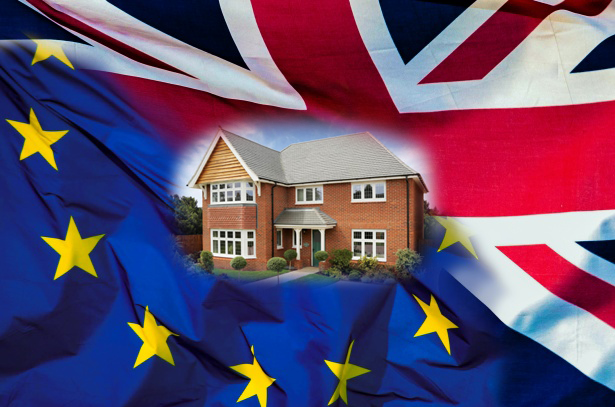 As our supposed date of divorce from the EU draws ever nearer I thought it might be an interesting exercise to take a look into my crystal ball, join many other commentators and add some column inches to the Brexit debate.

I would like to say that I do feel that the most likely outcome even with the ongoing drama and turmoil is that the UK will agree some kind of a deal with the EU. The main reasons for this are that it is in the interests of both parties and the so called “crashing out” scenario is undesirable for all concerned. But none of us least of all our political masters actually have any idea what is going to happen. So, any commentary is nothing more than an educated stab in the dark.

Before looking at what might be it would be worthwhile considering what the initial impact of the referendum was on the market. After the result there were all sorts of headlines about the wheels coming off the economy followed by a deep recession and a collapse in house prices. In actual fact the UK economy has proven to be resilient and neither of these things have transpired, there was a brief period of stagnation in property prices after June 2016 then prices continued to rise.

It worthwhile examining the statistics in a little more detail and focus in on year on year house price change over the longer term. The rate of house price growth across the UK has dropped apart from in Scotland, Halifax have reported growth rates of just 0.8% in January. But while the overall the rate of growth has decreased house prices themselves have not actually dropped and perhaps the slowdown represents a market correction.

Another way of testing the health of the housing market is by looking at transaction volumes, lower transaction numbers can indicate and uncertain market. Looking at data from HMRC the referendum didn’t seem to much of an impact on transactions numbers.

Focusing on the Edinburgh market house prices have increased since the EU Referendum in the most recent Hometrack UK Cities Price Index it was reported that the capital saw a year on year inflation rate of 6.6% which put the city into the top spot for growth throughout the UK. The ESPC has also reported an increase in new properties coming to market towards the end of 2018 with Edinburgh experiencing a 14.7% YOY increase and reported a figure of 5.7% capital inflation with the average price of a property in the city now being £267,249.

During the credit crunch prices in Edinburgh did take a hit of approx. 6% over a couple of years. I would however point out that if we had a similar drop post Brexit this would only take us back to levels we saw in 2017. One of the main drivers of the pre-credit crunch bubble was easy access to finance and this has been significantly tightened by the MMR.

So, let’s take a look at what MIGHT happen:

We have seen other crises before in living memory we have experienced The Second World War, Suez, the oil crises, hyperinflation, the 4 day week, mass unemployment and the global financial crash. We lived through all these and the world continued to turn.

But most of us live in the real world and it would be foolish in the extreme to dismiss Brexit as a mere blip. I do not subscribe to the view of some of the most ardent Brexiteers that exiting the EU will result in a Utopia where the whole world will come knocking on our door and the streets will be paved with gold.

Concerns about the future trade relationship with Europe, labour availability and potential economic shocks will undermine confidence and GDP growth is likely to slow. The majority of published scenarios for various Brexit options report marginally lower growth under “soft” outcomes compared with continuing EU membership, with the weakest prognosis attached to a no deal exit. In practice, once there is clarity on the shape of Brexit, and whatever the eventual model will be, businesses and consumers will be better able to plan ahead, and confidence could revive quite quickly.

The underlying fundamentals of supply and demand in the property market have not changed and it is these that are likely to shape things in the short to medium term. Low stock levels will support house prices while demand is being maintained by continued high employment levels, real wage growth and continued low interest rates. The result is I expect to see price inflation remaining subdued in the short and medium term.

There will be an increase in regional variations as the possible economic fallout is likely be varied and uneven across the country with some areas better able to respond than others. The result is investors should consider different strategies and maybe diversify out of the prime southeast markets and look further afield. Edinburgh is well placed to weather the storms JLL in their most recent regional forecast expects the city to be one of the top performing residential markets in the UK over the next five years.

We don’t expect to see the current shortage of rental stock changing anytime soon as there is evidence that landlords are continuing to exit the market as the section 24 tax changes bite. The increase in the ADS in Scotland is also likely to add to the constriction of supply in the PRS as investors are further turned off from investing especially in larger, higher value properties. This could hit the student and young professional markets hard as the reduction of HMO stock will be accentuated as investors won’t be buying replacement stock.

Furthermore, uncertainty tends to fuel rental demand the result of this is there is a continuing imbalance between supply and demand creating an upwards pressure on rents. In the most recent Citylets report rents in Edinburgh jumped by 7.8% in Q4 2018 to an average of £1095 per month. The RICS has forecast an annualised rental growth of 3.1% over the next five years.

Mortgage rates are very hard to predict until the situation around Brexit becomes clearer but it is likely that the current trajectory of a gentle climb in interest rates will be maintained as the BOE is unlikely to want to deviate from this course of action unless circumstances really dictate otherwise.

The current mix of geopolitical and economic circumstances is contributing to a period of equity market volatility and sustained low bond yields. In the UK consumers and businesses have reined in spending, and have adopted a “wait and see” approach until some of the questions around Brexit are answered.

The residential property market, is not immune from wider economic forces, but it does offer some defensive qualities. Property as an investment vehicle is a long-term strategy and as such I would expect it to ride any of the storms that short term turbulence in the market. In past cycles as well as the current one residential property shows its value as a portfolio diversifier and income provider in times of uncertainty.

Are you looking to rent out your property? Our comprehensive property management service has everything you need. Get in touch today to discuss.