Is Rent to Rent a Good Idea for Landlords 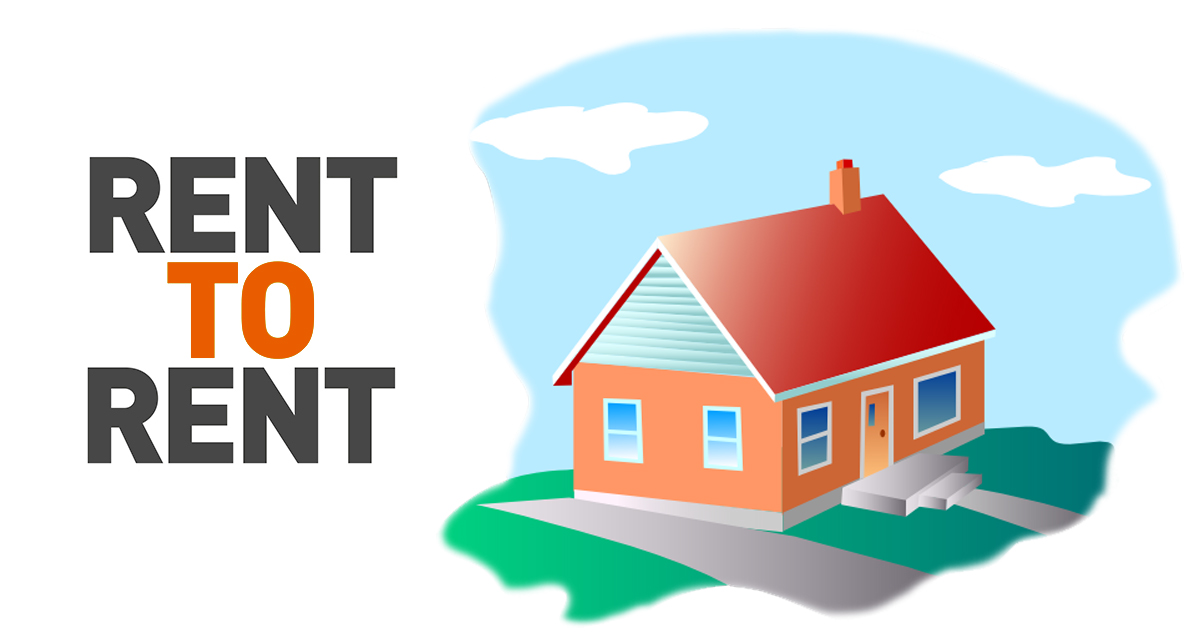 This month I would like to examine a business model that has appeared in the residential property market over the last few years with various property ‘Gurus’ offering books, seminars and courses boasting how anyone can turbo charge their income without so much as even owning a property. Known as Rent to Rent (R2R) or multi-let this is where an individual or company rents a property from a landlord and is meant to pay a fixed and guaranteed rent to the landlord while they sublet the property to tenants normally on a room by room basis.

These types of agreements can be attractive to an owner who wants a “hands off” approach or who may be tired of all the regulations and legislation around letting property. As mentioned the Landlord receives a fixed reliable rent for an extended period, and doesn’t have to deal with finding tenants, managing agents and the like. Furthermore, the rent-to-renter can also deal maintenance issues and ensuring the regulatory requirements are met.

There are organisations offering legal and professional ways for landlords to benefit from R2R but I am of the opinion that it can pose a significant risk to landlords.

The first thing to say is the model seems to primarily be focused on greed and relies on maximising the rental income for the rent 2 renter by cramming the most people you can into a property and charging them the highest rent possible.

I personally believe there is a question of ethics here, as the primary motivation of the middleman in most of cases will be to generate the largest possible income, while looking after the asset itself and the tenants is very much a secondary concern. In fact, there is an argument that this type of model attracts some of the most vulnerable tenants, those who for whatever reason have been unable to find a place to live through normal means. The result is they are driven to adverts for rooms available in overcrowded properties sharing with complete strangers while paying higher than average rents.

Let’s now look at the risks for the property owner. The first is what sort of agreement does the landlord have with the R2R party? A Short-Assured Tenancy or Private Residential Tenancy does not allow for any form of subletting.

In an illegal rent-to-rent, middlemen pose as normal tenants and sign a Private Residential Tenancy but instead of moving in themselves they let the rooms out individually. They may pass the agreed rent to the landlord but often this is not the case and meanwhile, the tenants occupying properties have no legal right to live there.

There are other forms of agreement: Commercial leases, ‘agency agreements’ and specific rent to rent tenancy agreements. Terms of such agreements will vary considerably some may offer a full repairing lease while others are silent on such issues, some are silent on subletting while others can provide for the R2R tenant to give ‘licenses’ to occupiers and finally some do actually allow for sub-letting for tenants.

The terms of any agreement are crucial and while there are indeed legal ways for landlords to allow for R2R the evidence is that landlords are signing up to anything usually drafted by the R2R party. I won’t go into specific detail on why the types of agreement mentioned above don’t work but suffice it to say that most of these are really not worth the paper they are written on.

It is also worth mentioning that any R2R that is set up telling property owners and ‘tenants’ that it gives them licenses is legally illiterate and just plain wrong. Unlawful eviction claims await.

The next worry I would have is the possible creation of an illegal HMO, as we have already seen the R2R model is based on getting as many people into a property as possible. This is often achieved by using all the rooms in the property that can be as bedrooms, so a two-bed flat with a living room would be let as a three-bed property, possibly with two or more people sharing a room and thus creating an HMO and leaving the landlord at risk of incurring a fine. There are also instances where a large room has been subdivided to fit yet more people in generating further income for the Rent to Renter.

The landlord loses all control over who is living in the property, and again this poses a risk. Professional agents will carry out back ground checks on their tenants before a lease is signed and will always seek to ensure that anyone moving into a property is going to be a responsible tenant and look after the property.

In addition, if a landlord were to hand over all the regulatory and maintenance requirements to the Rent to Renter and again there is a risk that these will not be their primary concern and put the landlord at risk of fines and at worst criminal proceedings.

Finally, a R2R could also invalidate Landlord insurance and be in breach of buy-to-let mortgage terms.

As a professional asset management company, we at Glenham are focused on maximising our clients returns while at the same time always seeking to mitigate their risk. We ensure that all our clients legal and regulatory responsibilities are met and that the properties we manage on their behalf are well maintained and in good order. In addition, we also have a duty of care to our tenants and make sure all legal documents they sign are fully compliant. This type of scheme would not be something that we as an agency would even consider as the risks are just too high.