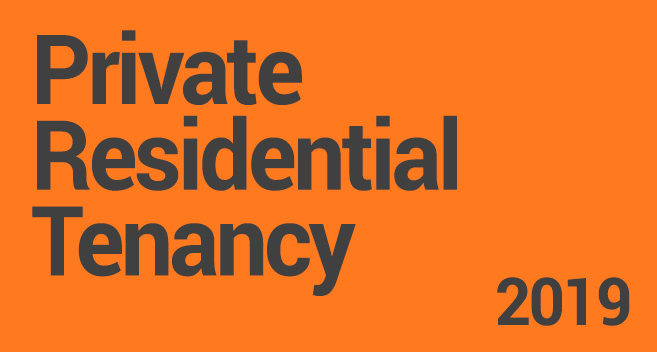 Now the summer has arrived and we have got through the busy HMO period with the first use of the Private Residential Tenancy (PRT) I thought it might be a good idea to reflect on how the new tenancy is working in practice.

The first thing to say is that the initial knee jerk reaction of the landlord facing press and much of the industry was one of doom gloom. No one likes change but as proactive asset managers we were very much of the opinion that rather than cry over spilt milk we should accept that change was coming and work within the new legislation and seek ways to mitigate our client’s risk.

One of the main concerns of landlords especially of those in Edinburgh was the open ended nature of the PRT. It was thought that since there was no fixed term there would be a greater risk of tenants terminating their tenancies within 6 months. In addition, given the high levels of demand for short term lets over the Festival and Hogmanay periods in the city there was also a risk that tenants could apply for a PRT rather than a traditional short term let. In such a case it could be that they only intended on staying in the property for the two or three month period over the summer and had no intention of remaining in the flat any longer than this. This could then result in higher void rates and increased marketing costs. So far, we have not seen evidence of any of the above, we will always carry out rigorous back ground checks on applicants for any of our properties to seek to ensure that those who apply are intending in staying in a property for the long term.

It is worth noting that without a fixed term a landlord also has no restriction on when they can serve notice using one of the grounds noted within the act. The result is those landlords who are choosing to exit the market and sell can do so at any point as long as the correct notice is given and this certainly has been happening. Thus, the Scottish Executives stated aim of creating a greater level of security of tenure for tenants has been left wanting.

Another area of concern was the HMO market, and the removal of the section 33 notice or no-fault ground especially for student style properties. Again, there was a potential risk of greater void periods as landlords might not have been able to advertise their properties over the critical months when the students are looking for a place to live. This has been the first full year of operating HMO’s with PRT’s and again, we feel the perceived risks have been overstated and the market has seemed to operate pretty well. This was down to proactive management and close communication between ourselves and tenants to ensure a smooth transition between tenancies and minimum voids.

A further factor affecting HMO’s is the continued high demand for student accommodation in the city. In a recent report by Knight Frank it is projected that there will be a 15% increase in full time undergraduate numbers in the UK between now and 2030. This would represent an additional 220,000 places meaning a total number of over 1.7M. Edinburgh’s student population is expected to rise from around 50,000 to 60,000 by 2025 and there is already a significant imbalance between fulltime numbers and PBSA available bed space of 3:1 and with only 3000 new bed spaces available in the pipeline this imbalance looks set to increase. Due to this we are of the opinion that there will continue to be a place for good quality traditional HMO stock in the city and demand levels should remain robust.

There is one significant problem we have heard about and this is the ongoing problems being encountered with the workings of the First Tier Tribunal (FTT). Since the introduction of the PRT on 1st December 2017 it has been clear The FTT has struggled to keep pace with the number of applications they have received to date. The result has been extremely long lead times for processing and hearing applications. In recognition of this the tribunal have advised that timescales are improving as they recruit and train more administrative staff to assist with processing the higher volume of cases.

We are a premier Edinburgh letting agent and can assist in renting out your property using our comprehensive property management service. Get in touch today to discuss.