Is the Property Market Blooming for Spring? 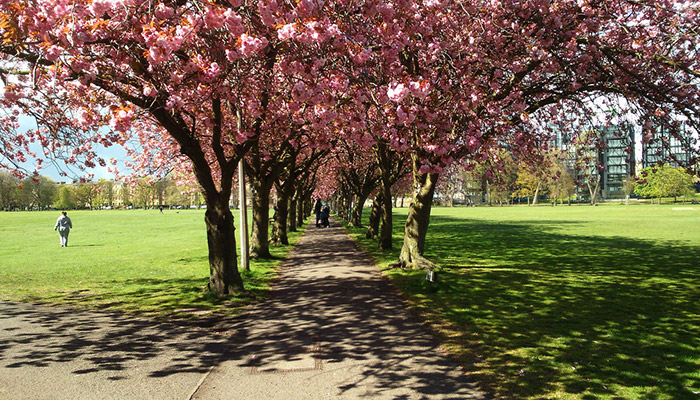 Now there is a glimmer of hope that spring may be in the air and The Beast from the East has departed I thought it might be worthwhile having a look over the state of the property market.

Firstly, what about the hot topic of the moment that of our relationship, or lack thereof, with the European Union. So far Brexit has not had as significant an impact on UK property as some had projected. But the question remains, will it have a negative effect on yields and house price growth over the coming years? Our feeling is any impact will tend to be mitigated due to the differential in supply and demand. As most people are aware the UK suffers from a critical undersupply of homes verses current demand which not only affects stock availability for owner occupiers but also the availability for homes to rent. Thus, perhaps main issue affecting the UK’s residential property is the supply demand imbalance.

However, it would be foolish in the extreme to disregard Brexit and its potential effects on investment property and the wider UK economy, and unless you are Nostradamus, no one can say with any certainty what these effects will be. We think that the headwinds of increasing interest rates, inflation and stagnant real wage growth will result is a slowdown in price rises across the UK from the levels seen last year. The recent UK House Price Index from the Office of National Statistics seems to support this showing a fall of 0.3% across the UK.

However, this slowdown is likely to be patchy and certain regional centres will to continue to benefit from local socio-economic drivers that will have an upward effect on prices and rents. And again, the figures back this up with Scotland performing better than the rest of the UK showing an average price increase of 7.3% compared to January last year while the UK wide figure was 4.9%. Furthermore, the cities of Edinburgh and Glasgow reported growth figures of 11.1% and 8.2% respectively.

Demand for rental accommodation continues to grow not only due to the incompatibility of price verses affordability for owning a home but also due to many more people now choosing to live in the Private Rented Sector (PRS) as a lifestyle choice. Added to this is the continued rise in population in towns and cities throughout the country bolstered by investment into regeneration and infrastructure attracting more business and workers to an area.

Thus, the PRS looks to be in good health, it was reported that tenants in the UK paid £51.6 billion in rent an increase of £1.8 billion compared to last year and a record. This uplift has been driven both by rising rents but also, and perhaps more importantly, by more households than ever renting. Average rents across the UK actually fell in 2017 but despite this the total amount of rent paid by tenants has risen every year for the last decade as the numbers of people living in the Private Rented Sector (PRS) has grown.

In Edinburgh the PRS is now the second largest tenure with 27% of households now living in private rented accommodation which is the highest rate in Scotland. The city also benefits from one of the fastest growing populations of any city in the UK.

So, there is still real opportunity for canny investors who look to buy in regional centres but they will need to know and understand the local market and I would always advise seeking professional advice before deploying any capital. Scotland is particularly well placed with good levels of capital uplift while still offering strong yields. Edinburgh has performed especially well over the last 12 months and it is again in pole position in the latest UK Cities House Price Index with a growth figure of 8.2%. Please do get in touch if you would like to discuss investing in Central Scotland and Edinburgh.

Looking for a property management service or need help with property investment? Contact your premier Edinburgh letting agent today for an informal chat.