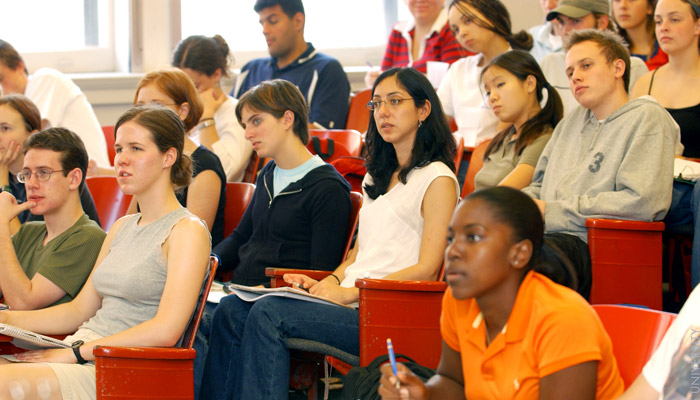 I have been chatting to several of our investors recently all of whom own portfolios of HMO (Houses in Multiple Occupation) properties in Edinburgh. They all had some concerns about the possible impact of Brexit on student numbers in the UK and more importantly, from their point of view, in Edinburgh. So I thought it might be worthwhile looking into this in more detail.

In the most recent Edinburgh by Numbers Report (city council) it was found that there are over 55,000 students currently studying in the city. Demand for HMO flats is very high, according to a report by SpareRoom.co.uk an average of 22 people were vying for each room in the city.

This has resulted in a significant increase in demand for HMO property amongst purchasers in the last 12 months. Investors see them as a robust niche investment vehicle that can offer strong yields in a competitive market. In addition there has been a growth in parent investors buying looking for supplemental income while their children are studying.

In the most recent UCAS analysis of full time undergraduate applications made by the 15th January it has been found that to date, 564,190 people have applied to UK higher education courses for 2018. Overall, UK applicant figures have decreased by 5% to a total of 469,490 however, in Scotland levels of demand seem to have been more stable with only a 2% fall. EU applicant figures decreased by 7% to 42,070 and this is the first decrease in numbers for 10 years. The number of applicants from other overseas countries is 52,630 which is broadly similar to last year.

The first thing to note is that many analysts believe the fall certainly isn’t a disaster. While the overall figures are down on 2016, applicant numbers by this point in 2016 were at an all-time high. In addition, applicant numbers from the EU are only very slightly below 2015, which at that time was the highest they’d ever been. Given that since then the UK has voted to leave the EU, it is perhaps not surprising that the numbers have fallen despite government assurances that tuition fees and loans will remain in place for EU students entering UK universities in 2019. And even with the fall, the number of applicants from the EU is already above the number of applicants from the EU who were accepted in the 2016 cycle. Furthermore, applications from non- EU international students has only dropped by 0.26% so although Brexit may have had an impact on EU numbers it doesn’t seem to have effected those coming from outside the EU.

It also is worth noting that John Swinney has underlined the Scottish Governments commitment to free tuition for the duration of their course in Scotland for eligible EU Nationals he said recently:

“I am proud that Scotland is a destination of choice for EU students and I am delighted to give them further reassurance by confirming that support from the Scottish Government for tuition-free studies will continue for those commencing courses here in the 2018-19 academic year’’.

I would say this would make studying in Scotland more attractive and hence the potential to continue to attract overseas students remains high.
Universities themselves will need to continue to adapt their business model as the landscape changes, Professor John Latham, Vice-Chancellor of Coventry University has said;

“The falls from UK and EU students suggest that universities may need to go more global, more quickly, but each is now going to have to look at its model, I am sure some will reduce in size and scale while others may increase their share.”

Edinburgh University is still the destination of choice for overseas student’s in Scotland with international students now representing 42% of the Universities total community, coming from 156 nations. Overall student numbers have also grown in the last few years from 33,110 in 2014 to 37,510. The University continues to foster strong links with universities in Europe and beyond including participation in the Erasmus exchange programme, and is also as an active member of several international organisations including Universities 21, the League of European Research Universities and the Coimbra Group.

Other Universities in Edinburgh have a strong overseas contingent, Napier University currently has 18,000 students of which 5000 are from overseas. Heriot Watt has a third of its student population coming from abroad and it, like Edinburgh, has increased in size with undergraduate numbers in Scotland having grown from 6,179 in 2013/14 to 6,526 in 2015/16. Finally, Queen Margaret University has 25% of its 6,294 current population made up of overseas students.

In the UCAS figures the largest group of applicants are 18 year olds from the UK. In contrast to figures for older age groups, applicant numbers from this group are similar to last year at 272,330, despite a fall of 1% in the 18 year old population. This means that a University education amongst the domestic school leaving population remains attractive and demand levels seem to be stable.

It is also interesting that Brexit fears appear to have had little impact on investment in student accommodation in the UK with levels increasing by 17pc this year, according to Savills. The referendum appeared to have little impact on the investment flows, and the value of trade was in fact higher in the six months after the referendum than before, with £2.1bn flowing in during the second half of 2016, compared to £1.9bn before.

It is of course difficult to gauge the impact of Brexit on the numbers of students studying in Edinburgh especially since Article 50 has only recently been triggered and the country is at the start of the negotiations to leave the European Union. Scottish Universities are very focused on building numbers of overseas students and the continued commitment from Scottish Government for tuition free study can only help this.

There is also still demand for study amongst school leavers domestically so I am hopeful that we aren’t going to see any significant decline in student numbers in Edinburgh.