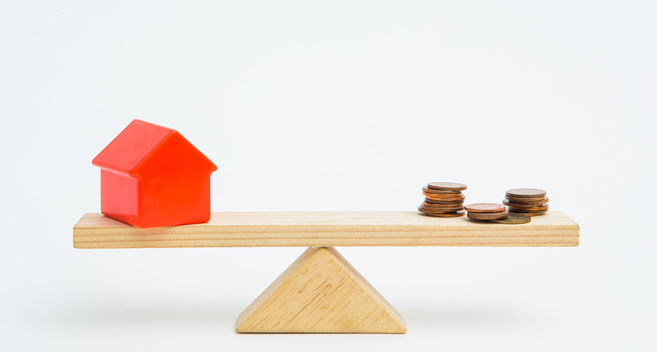 It seems like the days of the Brexit debate have disappeared into the mists of the distant past and have been overtaken by recent events. We are now in the midst of a crisis that looks like it will affect all our lives in ways which were unimaginable not that long ago and that of course is the Corona Virus pandemic and Covid-19.

There is now a worldwide debate about how to balance the medical challenges of the virus with the financial ones. It would be utterly unacceptable for any government to let the virus run its course in order to preserve the economy.

But the financial impact the virus is having on millions of people also cannot be ignored. What we are seeing is a balancing act with Governments trying to weigh up the need to protect their health services and populations especially those who are more vulnerable to the effects of the virus against the potential economic fallout. At some stage there will be a tipping point when the potential economic impact of a recession of some type or at worst a depression will possibly cause more suffering and cost more lives than the virus itself.

According to the Office of national Statistics the UK’s population is predicted to grow by 5.5% over the next ten years and pass 70 million by mid-2029. Over the last twenty-five years levels of owner occupation have declined and there has been a major shift in housing which has led to an increased bias to private renting both out of choice and out of need.

The result is the fundamentals of the housing situation across all tenures in the UK remain unchanged; the market is significantly under-supplied. There are various policies being implemented at local and national level that seek to address this but whether they are having any impact on the current shortage of housing is debatable.

The value of assets Private Rented Sector (PRS) now totals some £1.62 trillion (source Savills) and fact, it’s worth has now surpassed that of mortgaged owned occupier stock for the first time. The PRS in the UK is now the fastest growing sector in the country and makes up approximately 20% of all households which equates to a growth of some 2.5 million rental homes since the year 2000.

Projected Growth in the UK PRS

In the latest data released by ARLA Propertymark it was revealed that demand for rental accommodation reached a record high in January with an average of 88 prospective tenants registered per member branch. The figures show that agents have witnessed a 57% increase in the number of prospective tenants registered since December. Year-on-year, demand for rental accommodation has increased by a fifth (21%), rising from 73 in January 2019 to 88.

But at the same time there has been a constriction in supply as the changes to taxation and increasing regulation has resulted in landlords exiting the market. ARLA report that the number of properties managed per branch fell from 206 in December to 191 in January. Supply has not been this low since July last year when it stood at 184. Year-on-year supply is down from 197 in January 2019, but up from 184 in January 2018.

“Our recent research found that tenants could miss out on nearly half a million properties as more landlords exit the traditional private rented sector and turn towards short-term lets which will only serve to worsen the problem for those seeking longer-term rental accommodation.”

Paragon’s Trends research found that 37% of landlords expect tenant demand to grow during 2020, compared to 7.3% predicting a fall.

The RICS have also reported tenant demand (monthly non-seasonally adjusted series) rose at the headline level for a third consecutive month. At the same time, landlord instructions fell once again, extending a persistent run of decline stretching back to 2016. It was expected that rents were to rise in the near term, while twelve month projections were around 2%. Further out, over the next five years, rental growth was expected to accelerate to average roughly 3% per annum through to 2025.

Focus on the Scottish PRS

The number of households in Scotland is projected from 2.4 million in 2018 to 2.7 million in 2041. At the moment the supply of new homes is not meeting this demand. The PRS has grown considerably since 1999 increasing in size from 5% of households living in the sector to 15.2% in 2017 with an estimated 393,000 households now call the PRS home. Edinburgh and Glasgow are projected to grow at a significantly higher rate than the average across Scotland. Together they represent a weighty 41% of the increase in Scottish households with Edinburgh expected to grow by an additional 15,000 households and Glasgow by 10,000.

Effects of Covid-19 on the Short-Term Rental Market (STR)

One part of the rental market that has seen an immediate and severe impact due to the pandemic is the STR sector. Over the last few years renting out a property as a short term let has become increasingly popular due to changes in taxation and increasing regulation around long term letting. The result is there has been a massive surge in the numbers of such properties in cities like Edinburgh.

This has of course had a knock-on effect of removing properties from the Private rented Sector (PRS) creating a supply and demand imbalance which has led to further upwards pressure on rents. But the result of Covid-19 has been that bookings have all but dried up and with the cancellation of large-scale events like The Edinburgh Festival and this looks like it might continue for some time yet.

In a recent poll conducted by the UK Short Term Accommodation Association’s (STAA) with its corporate membership has highlighted the severity of impact that the COVID-19 coronavirus has had on companies’ reservations and income.

The feedback the STAA received from its corporate members, that represent the majority of the short-term let industry, showed that since 13 March, when the first effects in the UK were felt, most companies have seen more than 70% of their reservations cancelled, with some losing over 90%.

But even before the Coronavirus reared its ugly head the outlook for the market was uncertain since the Scottish Government has legislated to place a comprehensive set of regulations on short term rentals in Scotland which will come into effect next year.

“We are empowering local authorities to implement a system that works for their area. By giving councils the power to set conditions around short-term lets licences and put in place planning control areas to tackle hot spots, communities across Scotland will be able to decide what is best for them and their local economy.”

We are still waiting to see what these regulations will look like but the landscape is going to change significantly and make operating a short-term rental property more difficult and less attractive.

Taking a closer look at the effects of the Coronavirus on the long-term rental market the most obvious impact are the constraints on movement restricting people’s ability to view properties and move. In addition, there have been a range of measures announced by the UK government and the devolved assemblies to try and support those in the Private Rented Sector (PRS) primarily a moratorium on evictions and mortgage payment holidays for those landlords whose tenants who are in financial difficulty.

In the short term we would expect there to be a fall in average rents as landlords act to help those tenants who are struggling and we are already seeing this ourselves. We also expect headline rental growth figures to slow over the short to medium term.

But before the virus hit there was already evidence that landlords were exiting the market as we have mentioned above. The result of this is we believe there is still likely to be a shortage of supply which will be further exasperated as some landlords are perhaps forced to sell due to the fallout from the pandemic. The result is we do not expect there to be a significant fall in rental values rather perhaps a readjustment to the headline inflation figures and again there will be regional variations.

The result is there is likely to remain a shortage of housing for the short to medium term and demand for good quality long term rental accommodation looks likely to continue. Tenant demand looks set to continue and the result is we believe the long-term market still offers investors the opportunity for a return.

At Glenham we have always been focused on responding to market conditions and are always seeking ways to react and mitigate our client’s risk as much as we can. We have always made sure we have embraced technology which has meant the transition to working from home has been smooth with limited impact on our service levels. We are still open working for both our clients and our tenants and we are still letting properties via our comprehensive property management service.

We would be delighted to speak to any owners of Short-Term Rental properties in Edinburgh. We can carry out virtual valuations for prospective landlords and run through how we can help them mitigate some of the loses they are incurring at the moment so please do get in touch for a chat.